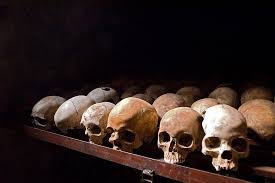 The Sudanese government’s systematic attacks on civilians in Darfur have been accompanied by a policy of impunity for all those responsible for the crimes. Senior Sudanese officials—including President Omar El Bashir—must be held accountable for the campaign of ethnic cleansing in Darfur.

At least one Sudanese refugee boy is injured and 14 others missing following an air raid in South Sudan yesterday (Monday). UNHCR is alarmed by this attack on vulnerable refugees already fleeing violence in Sudan’s Blue Nile state.

END_OF_DOCUMENT_TOKEN_TO_BE_REPLACED

The Special Adviser on the Prevention of Genocide acts as a catalyst to raise awareness of the causes and dynamics of genocide, to alert relevant actors where there is a risk of genocide and to advocate and mobilize for appropriate action.