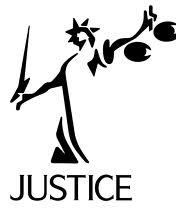 UN General Assembly back ICC SATURDAY, AUGUST 24, 2013 – 00:00 — BY NZAU MUSAU KENYA suffered a blow yesterday after the UN General Assembly unanimously passed a resolution in support to the ICC. In the last few months, Kenya has been pulling all the stops to disparage the ICC in the eyes of UN Security Council.

Through Permanent Representative to the UN Macharia Kamau, Kenya has criticized the philosophical basis of the ICC almost suggesting it be scrapped. … But on Thursday, the UNGA in its 95th meeting endorsed the ICC and called on members to “ensure cooperation and assistance in the arrest and surrender of suspects, provision of evidence, protection and relocation of victims and witnesses and in the enforcement of sentences.” The resolution was sponsored by 59 member states but was adopted by consensus. There was no record of Kenyan delegation speaking. The Sudan delegation however ensured their anti-ICC stance was reflected in the resolution. “Sudan’s representative pointed out that, since his country was not a State party, it did not recognize the Court’s jurisdiction, and would, therefore, not recognize its decisions. That applied to other non-States parties to the Statute, he said, adding that he was not interested in today’s resolution,” a statement from the assembly read. The assembly hailed ICC’s first judgment against Congolese warlord Thomas Lubanga as “an important step in ensuring accountability of those responsible for international crimes.” Both president Uhuru Kenyatta and Deputy President William Ruto are facing crimes against humanity charges at the ICC. In May, Macharia asked the UNSC to terminate the Kenyan cases and to reconsider the value of ICC